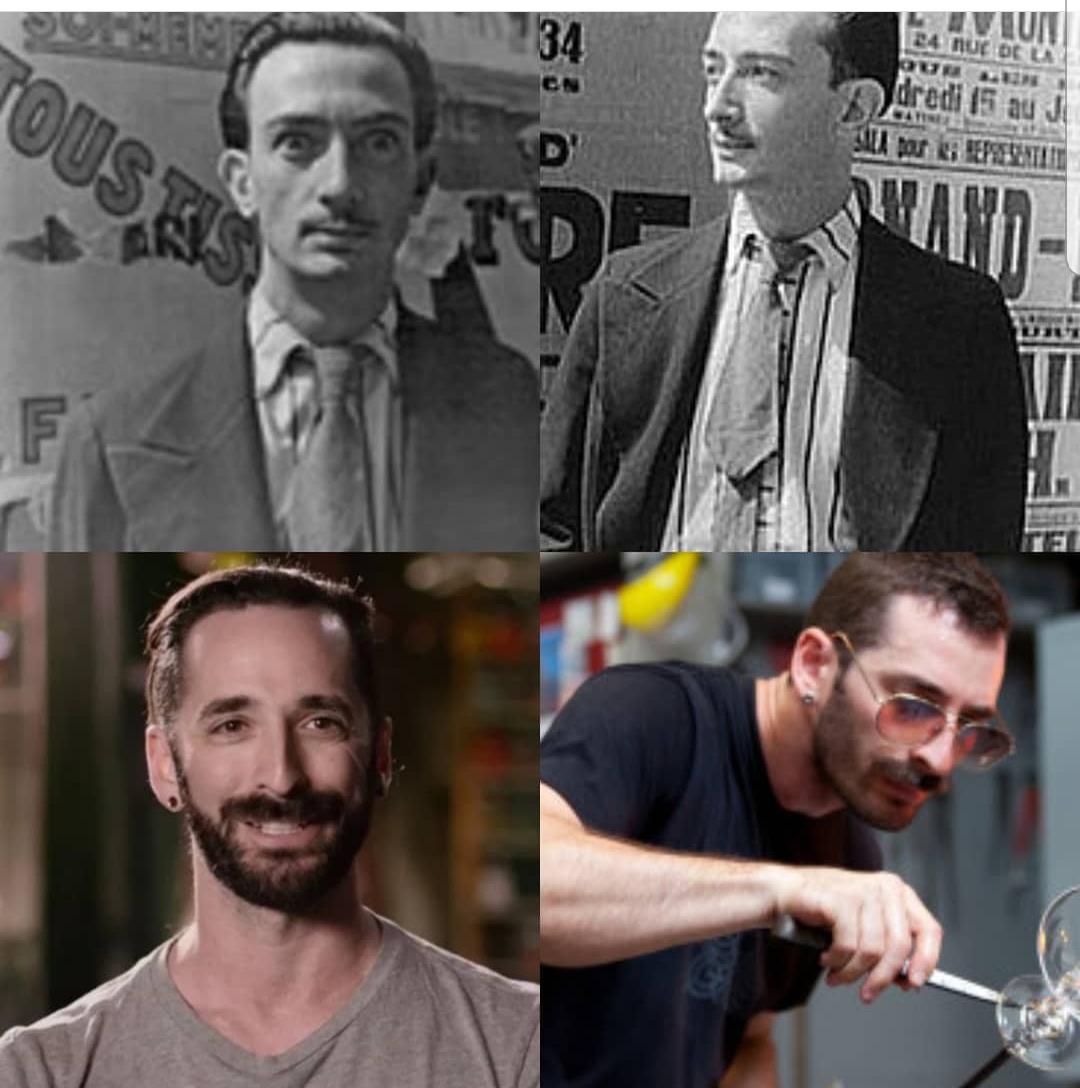 I have dabbled in mystical happenings for many years and last year I became the author of a spiritual journey book. Reincarnation is something that can grab my attention and really get my curiosity stirring. Last week I had a peculiar interest in watching Midnight in Paris. In this fantasy film, the main character has the opportunity to enter a waiting car in Paris at midnight and is taken to a party with legendary people from the 1920’s. I thought about what would happen in real life if even one of those souls walked into a room. Surely, we are all around incarnated people, famous, familiar or not.

I have been mindful about what I watch on TV and was drawn to Blown Away on Netflix. It is an art competition reality show centered around glassblowing. I love watching interesting people and this show does not disappoint. The first few episodes pulled me in and then I arrived at Episode 7, Dual Intent. Watching these two talented, interesting, unique artists work together in a way their lives have not typically allowed was intriguing. The show featured additional background information and something clicked. I started digging around in internet land.

Salvador Dali was one of the most famous artists in history and best known for his surrealist work. According to his own mother, Salvador was a reincarnation of his own older brother, who died before Salvador was born. They named both boys Salvador. His given, legal last name is Dali. He died on January 23, 1989 Alexander Rosenberg’s site states that he is an artist, educator and writer with a BFA in glass from Rhode Island School of Design and MS in Visual Studies from MIT. He is 36 years old. These two men were both alive for 6 years, between 1983 and 1989. Normally when we think about reincarnation, we assume a person dies and comes back weeks to months later as another person.

I say the proof is in the photos. I could not let this idea go after I compared photos. I did a little more research and found something incredible. The answer is split incarnation.

Walter Semkiw, MD noticed that in independently researched cases, a soul may animate more than one physical body at a time. Split incarnation has also been termed parallel lives and describes two people who derive from the same soul and are alive at the same time.

What do you think?

Does Alexander believe in reincarnation? Has anyone asked him what he thinks of this idea? Are there more details about Alexanders life that correlate this theory? I’d love to learn more about this.

Melissa Lewis is a Healer and Life Coach. She has been a Massage Therapist for over 20 years and has coached for a top 5 Fortune 500 company. She has overcome incredibly difficult personal situations and it is her calling to share what she has learned about spirituality for the benefit of others.